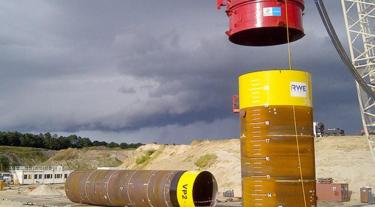 The VIBRO project could not answer all questions. Further research was needed to determine the commercial viability of vibro-driving as an alternative to hammering, in particular with regards to the load-bearing capacity of vibro-driven piles. As a result, the OWA launched another large R&D project, VIBRO Re-strike, which revisited the test site more than one year after pile installation was completed to measure the set-up effect that builds up over time at embedded piles.

Together, VIBRO and VIBRO Re-strike have played a critical role in de-risking and maturing vibro-driving technology. In May 2021, the leading partner in both consortiums, RWE, announced its Kaskasi offshore wind farm will be the first commercial offshore wind farm to use this improved installation method.