How the UK, with more than a decade of experience in offshore wind deployment, can play a key role in helping China develop its offshore wind potential. 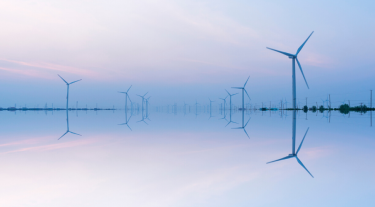 China has set a number of targets in relation to offshore wind including a deployment target of 5 GW of offshore wind by 2015 and 30 GW by 2030. At present some 1GW of near shore projects are under development but are facing a number of technical and commercial barriers in moving forward at the rate required to meet the Government targets.  Barriers include uncertainty over an effective and efficient long-term pricing policy that is needed by project developers while ensuring consumers are protected from high costs, a slow consenting regime and the lack of a focussed innovation programme to drive costs out of the deployment process.

The research proposes a number of policy instruments, developed to accelerate the roll out of offshore wind in the UK, be applied to China to speed up their offshore programme and help ensure government targets are met in a cost effective way.  The research was undertaken working closely with the wind industry in China and involved participation of over 20 Chinese companies and undertaking two workshops in Beijing.

The research concludes that China should consider:

This work was funded by The British Embassy in Beijing and was supported by the Chinese Wind Energy Association (CWEA) and CECEP Wind-Power Corporation.

More about our work on offshore wind