McLaren has become the first-ever Formula 1 team to be awarded, and retain, the coveted Carbon Trust Standard for Carbon for the second time. 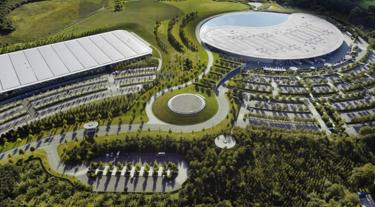 This achievement underlines the Group’s continuous quest to improve efficiency and reduce the environmental impact of its operations through the implementation of cutting-edge energy saving technologies.

McLaren Group was first awarded the Carbon Trust Standard for Carbon in December 2010 after several years of rigorous assessment, and was re-certified in November 2012. Since that date, the company has further reduced its carbon intensity by 41.7%. This figure is based on tonnes of carbon and equivalent (CO2e) emissions relative to financial revenue.

We are immensely proud of our achievements so far, and the fact we have been recertified with the Carbon Trust Standard for Carbon for the second time exemplifies our commitment to long-term strategies for carbon reduction and improved environmental performance. For McLaren Group, this is a clear statement of our intent; our commitment to achieving industry-leading levels of carbon reduction has set a precedent for others to follow. We recognise the importance of developing a sustainable business model for the future, and our pursuit of innovation and new technologies in this area continues. Achieving the Carbon Trust Standard for Carbon is only the beginning of a long-term strategy to improve our operations and increase environmental efficiency across the whole McLaren group of companies.

The many initiatives that have contributed to the Group’s continued carbon reduction include:

McLaren Group has set challenging, long-term objectives to ensure that it continues to reduce its impact on the environment. These include a commitment to further reduce CO2 emissions by 2.5 per cent year on year, and achieve zero waste to landfill by the end of 2015.

"McLaren Group is renowned for pushing the boundaries of innovation to deliver continuous improvement and it is encouraging to see that this ethos reaches into environmental efficiency and operational excellence. Year on year McLaren Group has been able to demonstrate that growth can be decoupled from carbon and it is possible to grow a business without proportionally increasing emissions. McLaren Group has also focused on investing in energy efficiency technology, which has helped to reduce carbon impact of its overall operations."

Darran Messem, Managing Director of Certification at the Carbon Trust