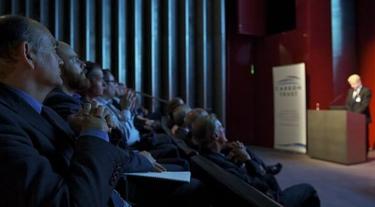 Four leading businesses have been recognised for their performance in cutting greenhouse gas emissions by the Carbon Trust, in its annual awards for organisations certified to the Carbon Trust Standard over the previous 12 months.

The winners for each category were:

Mouchel demonstrated a 38.5% absolute reduction in carbon emissions and a carbon management score in the top 15%. The business achieved reductions through a focus on staff behaviour change, including switch-off campaigns and replacing meetings with teleconferencing, as well as renewing its fleet with lower carbon vehicles.

"This is a fantastic achievement for Mouchel, especially so soon after becoming a Carbon Trust Standard bearer earlier this year. Reducing Mouchel’s carbon footprint is a key part of the company’s long term sustainability goal, and through achieving this award we are not only proving that we are 'doing the right thing', but also demonstrating to our clients that we are operating our business efficiently."

Aldi demonstrated a 27.2% carbon intensity reduction and a carbon management score in the top 15%. The business managed to make a significant reduction in intensity despite rapid business growth, with turnover doubling over the two-year certification period. Some of the carbon reduction initiatives included trialling the use of solar panels, recovering heat from refrigeration units, and improving store lighting with LEDs.

"We are delighted to be recognised by the Carbon Trust for our achievements in reducing Aldi's carbon intensity. This has been done thanks to initiatives such as installing solar panels, recovering waste heat from our refrigeration, and improving store lighting with LEDs."

"Siemens sees energy efficiency as both an important business opportunity and a prerequisite for good efficient business. I am delighted that the Carbon Trust has recognised our carbon management programmes which are helping us achieve our economic and environmental goals."

intu achieved the combined top rank for cumulative reduction and carbon management score, amongst all organisations that have held the Carbon Trust Standard continuously for three certification periods or more. Recent carbon saving initiatives included a major project across the group to replace lighting with LEDs, upgrading air conditioning and heating in certain shopping centres, and introducing better building management systems and controls on lighting and escalators.

"This award from the Carbon Trust recognises the environmental commitment at intu, which has helped us to exceed our own targets for absolute reductions in carbon emissions, and which is testament to the hard work put in by our team and the imagination of the initiatives we introduced. Despite the achievements to date, there is still more that can be done. We are looking at an anaerobic digestion pilot scheme at one of our centres to convert waste into energy, and are in the later stages of a national solar power feasibility study."

As well as hosting the awards ceremony, the event at the British Museum also featured practical workshops on a number of sustainability issues, from employee behaviour change to the new ESOS regulations.

Keynote speeches were provided by Dorothy Mackenzie, the co-founder and chairman of the international design and branding agency, Dragon Rouge, and the world-renowned energy economist Michael Grubb, who is currently the Professor of International Energy and Climate Change Policy at University College London and a Senior Adviser to Ofgem.

In another session at the event Lugano Kapembwa, Energy and Environment Manager at News UK, presented on how the company has recently managed to become the first media company to achieve triple certification to the Carbon Trust Standard for carbon, water and waste reduction.