Flexibility is going to be crucial to delivering a net zero energy system efficiently, effectively and at lowest cost. 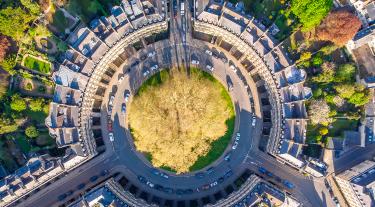 Building flexibility is a no regrets decision that is needed now, and by having far greater flexibility across the country’s whole energy system it will help deliver heat decarbonisation more quickly and ultimately secure the bigger prize of net zero.

What is more, investing in flexibility - at scale and at every level - can save the UK economy between £9.6 billion-£16.7 billion each year by 2050 – with value both locally and nationally.

These were among the key findings from groundbreaking new modelling led by the Carbon Trust and independent researchers from Imperial College London – and supported by a cross-sector consortium.

The in-depth analysis was published at the start of the Carbon Trust’s Net Zero Energy Transition Week and coincided with the IEA’s Net Zero 2050 report; the IEA’s call to halt new investment in fossil fuel projects garnered the headlines but the IEA also acknowledged the importance of flexibility and the need to invest in flexibility measures at a much larger scale.

Our work, focusing on the GB market, examined the role and value of flexibility in delivering an unprecedented expansion of this country’s energy system to achieve net zero. It’s the first time that the system-level value of deploying flexibility across the heat, transport, industry, hydrogen and power sectors in Great Britain, and the sensitivity of this value to different heat decarbonisation scenarios, has been assessed.

It builds on previous analysis by the Carbon Trust and researchers from Imperial, which focused on the power sector, and which found that the UK could save £17bn-£40bn across the electricity system from now to 2050 by deploying flexibility technologies.

The objective of this latest piece of work was to understand how flexibility can help deliver a net zero transition under three heat decarbonisation scenarios – electric heating, hydrogen heating and hybrid (electric with back-up gas boiler).

The scenarios were chosen to represent the potential extremes, as there is significant uncertainty around how Great Britain decarbonises heating, and these choices will have a significant impact on the shape and form of the energy system. Rather than recommend an optimal choice, the modelling aimed to see how choices affect the system.

As well as looking at the whole system, we examined in depth the demand in non-energy sectors and fully considered the impacts of flexibility on the wider system. We considered a wide range of flexible sources: Demand Side Response, electric vehicles, batteries, thermal energy storage, hydrogen and interconnection with continental Europe.

Our work also accounted for atypical weather events and their impact on a high renewable system in 2050, which adds to the robustness of method and the results. Specifically, we modelled a three-day winter cold-snap, coupled with low renewable output, to explore how flexibility can help meet demand under stress.

Critically, the analysis concluded that flexibility unlocks a safe and secure net zero energy system that can operate cost-effectively in situations as diverse as cold, still winter periods (when variable wind and solar generation can’t run) and summer solar excesses.

The analysis confirmed the benefit of taking a whole-systems approach to energy; we need to adopt integrated, cross-sector thinking and policy development urgently. But we can only get all the benefits of flexibility if households and business play an active role in the future energy system as transport, heat and energy use become more integrated.

The importance of local action was reinforced by the analysis, which found that distributed flexibility assets deliver significant value locally - a critical finding at a time when there is increased interest in local energy system planning. This value is multiplied when it is deployed at national level. For example, investing in flexibility within Greater London delivers £500m/year savings to London directly in reduced distribution network costs but also delivers an additional £900m/year of wider system savings.

Positive public engagement with flexibility and a just transition will be crucial for its successful implementation. However, the value for an individual may be small, so it will be crucial to develop business models that give consumers other benefits, for example new mobility, heating and smart appliance solutions.

We also considered the future role of hydrogen and concluded that its use and associated infrastructure (electrolysers, natural gas reformers, biomass gasifiers, CCS infrastructure, hydrogen turbines and storage) for 2050 has significant system benefits if coordinated effectively. It will be important to diversify hydrogen production (using electricity, gas and biomass) and develop CCS infrastructure at scale to deliver a hydrogen future cost effectively.

The Flexibility in Great Britain report has been published as BEIS is developing a follow-up to its Smart Systems and Flexibility Plan and Ofgem is considering future investment for Great Britain’s electricity networks. Strategically, it is time to treat flexibility as a core infrastructure challenge and to integrate it into low carbon generation, network planning and heat and transport decarbonisation strategies.

Policies can no longer be made in isolation. Policymakers should act now to incentivise investment in flexibility and maximise its future use, such as by building capability into ‘smart’ appliances or building standards.

The report has made a robust case that energy flexibility can reduce the cost of meeting net zero and mitigate the impact of wider changes in the energy system. The task now is to establish the necessary policy frameworks that bring forward investment in flexibility and further innovation.

Originally published by BusinessGreen on 21 May 2021