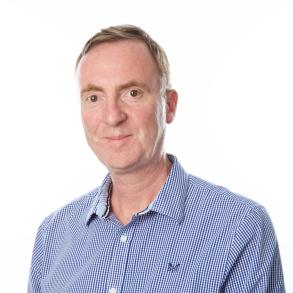 Michael joined the Carbon Trust in 2002 as Director of Strategy, responsible for developing existing and new services to reduce carbon emissions and develop low carbon technologies. He has carried out a number of strategic and operational roles at the Carbon Trust, including Director of Technology Development and his current role of Chief Operating Officer.

Previously, Michael was at McKinsey & Co where he specialised both in corporate & business unit strategy and performance improvement. Prior to that Michael worked at Procter and Gamble in product supply.

Michael is a graduate of University College Dublin where he completed a BEng (Mech). He was awarded the faculty gold medal in his final year. He also completed an MBA at INSEAD, Paris in 1996.