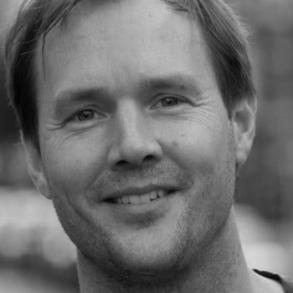 Jeffrey’s focus at the IKEA Foundation is on renewable energy as a means to alleviate poverty and to fight climate change.

Jeffrey previously worked for more than 11 years at DOEN Foundation, founded by the Dutch Postcode Lottery, focussing on clean-energy investments and energy access in East Africa and India. Before DOEN, Jeffrey worked for close to seven years as a policy advisor on environmental issues for various politicians. Initially, this policy work started at the European parliament and then continued at the Dutch parliament. He served as a politician himself, albeit shortly, when he became a member of the city council in Amsterdam.

Jeffrey grew up in Holland, Michigan, in the United States. After finishing his Bachler’s degree at Calvin College in Grand Rapids, he moved to the Netherlands, where both his parents immigrated from in the 1940s. He has a Master’s degree in Political Science from the Vrije Universiteit in Amsterdam. His passion for sustainability was sparked when he was a student volunteering at Greenpeace. More recently, he’s been deeply inspired by the Cradle-to-Cradle design approach from McDonough and Braungart, dedicated to “remaking how we make things”.