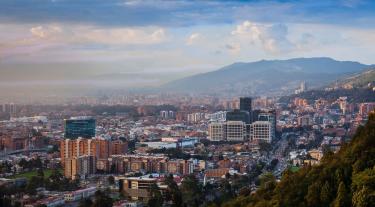 In 2016 the Carbon Trust, as part of a consortium with Motu Economic and Public Policy Research, Econometria, Universidad de los Andes, and Fedesarrollo, began work on what would become the ‘Roadmap for the assessment and design of a greenhouse gas Emissions Trading System (ETS) in Colombia’. The project was part of the World Bank’s Partnership for Market Readiness (PMR), which aims to scale up climate change mitigation policies, including carbon pricing instruments. In 2018 Colombia passed legislation for an ETS, which was informed by the recommendations that came out of this piece of work.

The project focussed on three main elements. The first was to model a design for an ETS that would have contextual relevance in Colombia. This included defining the scope of sectors that could be covered by the ETS and their respective points of regulation, discussing the potential for linking the market with international markets, outlining choices for setting the cap, summarising the different allocations options open to Colombia, and providing recommendations on temporal flexibility and price control. Different options were discussed with sectoral experts in order to ultimately define a working model for an ETS.

The second task undertaken was a legal gap analysis, which examined Colombia’s current institutional and legal framework to determine any constraints or requirements that should be considered when establishing an ETS in law. This included defining the legal requirements for an ETS and making recommendations regarding the roles and responsibilities of different actors. Finally, we recommended step-by-step practical guidance for next steps to take an ETS forwards.

The project communicated the results in a series of four workshops in Bogota with public, private and academic stakeholders, with the aim of building local capabilities and validating the model ETS with relevant sectoral experts. Also discussed were the legal requirements for establishing an ETS, and the next steps for full implementation. Three reports were also produced over the course of the project. This, in conjunction with other PMR projects, provided a crucial evidence-base and additional support for the Ministry of Environment and Sustainable Development, and has now culminated in the ETS legislation being signed into law.