The Vessel Motion Monitoring App (VMMA) estimates motion and performance of seagoing vessels by using the sensors within a smartphone or tablet device. The VMMA has been developed through the Offshore Wind Accelerator (OWA), Carbon Trust’s flagship collaborative RD&D programme, with support from Enigma Interactive and Seaspeed Marine Consultants. 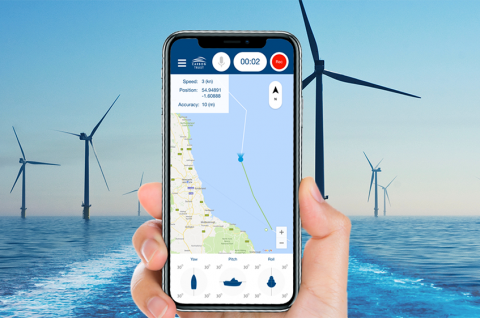 The VMMA is capable of measuring and comparing the performance of crew transfer vessels (CTV’s) in different sea states, when transiting wind farm technicians offshore, and when transferring to offshore structures. Having this data will facilitate the optimisation of operations and maintenance (O&M).

Previous OWA research undertaken in 2014 established performance plots, or ‘P-Plots’, as a method of quantifying and displaying the performance of vessels operating on offshore wind farms. However, generating P-Plots can be a time-consuming process. Understanding the impact that P-Plots could have in optimising the industry’s operations, the OWA decided to develop an app that could produce P-Plots fast and effectively by using the motion sensors in a smartphone or tablet device.

The app is design primarily for the offshore wind industry, with a dedicated login feature that allows pre-approved users to record and share specific ‘transit’ and ‘transfer’ P-Plots through the app and associated web portal. Users can evaluate a CTV’s motion and performance in various sea states.  The VMMA also has the potential for numerous applications across the wider maritime industry. The basic functionality of the app (which does not require a dedicated login) allows a user to display and record vessel attitude, acceleration, speed, position, and course using the sensors within a smartphone or tablet device. This data can then be saved and exported to be further analysed by the user.

The accuracy of the data provided by the app has been validated against a permanent Vessel Motion Monitoring System through a rigorous offshore testing process, it is not however intended to replace these dedicated systems or being used for contractual purposes.

Use the links below or scan the QR code to download the app from the Apple or Google Play store. Alternatively search for 'VMMA'. 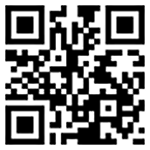