International consumer research shows continuing levels of support for carbon labelling on products, with two-thirds of consumers saying they think it is a good idea. 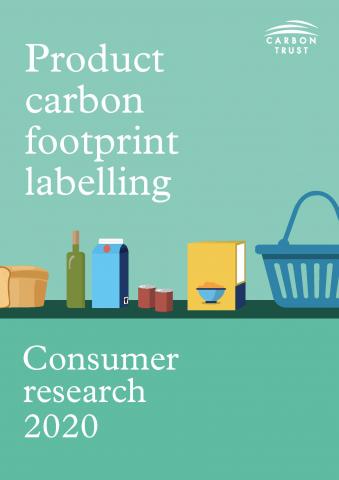 Consumer purchasing power could be one lever to drive decarbonisation, but to be truly effective, consumers must be able to readily access information on the true climate change impacts of products and services.

To understand if access to this information could empower consumers to shift markets towards more sustainable practices, it is critical to understand how they view low carbon alternatives, or companies who are able to demonstrate efforts to reduce the climate impacts of their products.

Notes on the research:

The findings in this report are from three separate surveys all of which were undertaken by YouGov. The figures have been weighted and are representative of all adults (aged 18+) in each market. In 2020, the total sample size was 10,540 adults. Fieldwork was undertaken between 25 February-2 March 2020. The survey was conducted online. Full details on all three pieces of research available in the report.