When it comes to talking about carbon reduction, ‘science-based targets’ is a phrase that’s never far behind. But what are these goals and how are they relevant to your business? 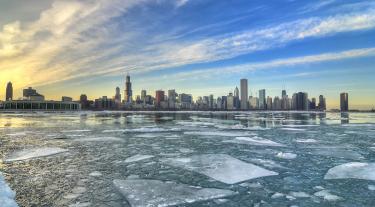 What is a science-based target?

Science-based targets are globally aligned goals, rooted in climate science, to reduce carbon emissions and limit the world’s temperature in line with the Paris Agreement. This area is led globally by Science Based Targets initiative (SBTi), a partnership of organisations that supports companies to set targets using a number of different methodologies and validates the targets set by individual companies. More than 1,600 companies have committed to set science-based targets with the SBTi, and the Carbon Trust is a member of the initiative’s Technical Advisory Group.

How does setting a science-based target help address the climate crisis?

A report published in August 2021 by the Intergovernmental Panel on Climate Change (IPCC) re-emphasised the urgency for tackling climate change and confirmed with even greater confidence that it is caused by human actions. While the report highlighted irreversible changes as a result of global warming – such as sea level rises – the IPCC asserted that “strong and sustained reductions in emissions of CO2 and other greenhouse gases would limit climate change.” Setting targets in line with the climate science means companies have a defined plan for reducing their emissions and can contribute to global efforts to limit warming.

What are the benefits of setting science-based targets?

What are the SBTi requirements, and how have they changed?

The SBTi originally aligned its criteria to require companies’ Scope 1 and 2 science-based targets to limit global warming to 2°C above pre-industrial levels, and as the science has evolved, has updated its requirements accordingly. The current level of reductions required for Scope 1 and 2 targets is aligned to well below 2°C , and the SBTi recently announced that it was “raising the bar” by requiring companies to align with 1.5°C from 15 July 2022. The SBTi said its new strategy was in “response to increasing urgency for climate action and the success of science-based targets to date”. The reason driving this change has been the recognition that reaching net zero by 2050 will require emissions reductions at a greater speed and scale. The SBTi has also seen that many companies have already been aligned to 1.5°C and are reducing emissions beyond that. Given these two factors, the organisation is tightening the threshold of what it says it will endorse. The ambition temperature for Scope 3 will move from 2°C to well below 2°C following these updates. Other changes will include a shortening of the timeframe for meeting the targets; previously, it was five to 15 years from the baseline. From 15 July 2022, it will be ten.

What is the difference between Net Zero and science-based targets?

Science-based targets set the goal for reductions a business needs to make to align with the Paris Agreement. Setting a Net Zero target builds on a science-based target to define long-term actions required for a company to align to a 1.5°C pathway. There are two aspects to a Net Zero target. Firstly, Scope 1, 2 and 3 emissions need to be reduced on a scale consistent with limiting warming to 1.5°C by no later than 2050. Secondly, any emissions that can’t be eliminated must be neutralised through greenhouse gas removal, so that a company’s residual emissions are balanced by the removals. On 28th October 2021, the SBTi released its Corporate Net-Zero Standard which provides more detail about methodologies and criteria for setting Net Zero targets.

What do the updates to science-based targets mean for businesses?

The updates are due to be released at the end of the year and come into force from 15 July 2022. Companies submitting targets to the SBTi for validation before this date can choose which version of the criteria they align to, balancing what level of reductions they are able to commit to against the reputational benefits of aligning to the best practice. Companies that already have an approved target need to update the level of ambition of their target within five years.

Companies could choose to be ahead of the curve by aligning to the new criteria ahead of the deadline, which would give them a competitive advantage.

How long does it take to set a science-based target?

Once a company has committed to the SBTi to set a science-based target it has a maximum of two years to set the target, submit for approval, and communicate externally. But, setting a target is only the first stage. The next step is to think about how it is going to be achieved, and the Carbon Trust can help companies do exactly that through target feasibility assessment.

What is the process for submitting a science-based target?

When a company submits its targets for validation, it will usually take 30 business days for the SBTi to review and approve or reject the targets. If not successful, there is no timeline in which a company must wait to try re-submitting. However, if it re-submits for a second assessment within six months of the first submission, it comes at no extra cost.

How can the Carbon Trust help businesses setting and achieving science-based targets?

We welcome any changes that drive the ambition to meet our collective mission.

The Carbon Trust can help companies meet the SBTi’s requirements. First, we’ll support them to calculate their Scope 1 and 2 and Scope 3 footprint in line with the GHG Protocol standards. We can then define the required target pathways in line with SBTi criteria and support them with their submission to the SBTi. Crucially, many of our projects include target feasibility assessments, looking at the technical solutions and future scenarios that can enable them to achieve the targets, including financial implications. The assessment can give companies a lot more confidence that what they're committing to is achievable. The next step is to help them think through how they might go about achieving a net zero target, including further reductions in Scope 1, 2 and 3 emissions, as well as options for greenhouse gas removal.