The Carbon Trust compared the relative sustainability of Calysta’s novel FeedKind™ protein against other types of fish feed used in the aquaculture industry. This assessment took into account carbon emissions, water use and land use. 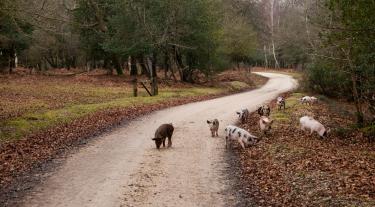 This report provides a detailed analysis of FeedKind protein, concluding that FeedKind protein offers significant environmental advantages over current fish feed ingredients.  FeedKind protein was shown to use 77-98% less water than alternative ingredients including soy and wheat proteins.  It also requires almost no agricultural land to produce, freeing that land for other food crops.  In addition, FeedKind protein does not rely on use of wild caught fish, reducing pressure on global fish stocks.

When looking at carbon emissions per tonne of feed, this will depend on how FeedKind is manufactured in future as it moves into commercial scale production. Calysta is currently looking at introducing a greater use of biogas and renewable electricity. The report concludes that if these are integrated into production then FeedKind protein will have a carbon footprint comparable to or better than many other feed sources.