In the fifth and final instalment of the Carbon Trust’s Route to Net Zero global event series, focus turned to Africa, with CEO Tom Delay’s opening remarks highlighting that climate change is a global issue but tackling it requires a regional approach. 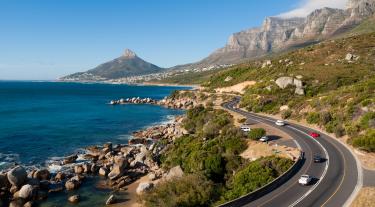 “Africa may be the continent least responsible for climate change, but it is also among the most vulnerable. It is also a continent full of opportunity in renewables and clean energy right across Africa,” he said.

Africa has a key role in the Net Zero debate, said Rohitesh Dhawan, Chief Executive of the International Council on Mining and Metals (ICMM). “Mining is at the heart of the Net Zero conversation – mining and minerals are the lifeblood of the technologies that will make Net Zero possible. The future of transport is electric, the future of electricity is renewable. For both of those things to happen we will need more metals and minerals.”

The typical electric vehicle has six times the metal input of an internal combustion vehicle and an offshore wind farm has 11 times the inputs of a typical gas-fired power station, he pointed out. “If Net Zero is our North Star, metals and mining are the space ship that will get us there.”

Minerals can be either a blessing or a curse, but the evidence is that in the last 25 years “citizens in countries that are resource-dependent are healthier, wealthier and happier than those without resources” he added. “In Africa, you cannot separate Net Zero from social and economic issues. There can be no progress to the Net Zero economy in Africa if we don’t create opportunities for all its people. Net Zero is a once in a generation opportunity. Countries that are home to these metals are in a strong position to make a massive leap.”

“In Africa, you cannot separate Net Zero from social and economic issues. There can be no progress to the Net Zero economy in Africa if we don’t create opportunities for all its people.”

The targets agreed at COP26 leave us short of where we need to be to limit dangerous climate change, said Olwen Smith, Regional Lead, Net-Zero Campaigns, Science Based Targets initiative (SBTi). “We urgently need to bend the curve on emissions and the private sector has a crucial role to play. The SBTi enables business to set ambitious emissions reduction targets in line with the latest climate science. It enables a company to determine how much and how fast it needs to reduce its own emissions to keep warming within 1.5C. Its short-term targets act as stepping stones on the journey to Net Zero over a shorter time frame, making them more accountable for their emissions reductions.”

There is also a very strong business case for setting a Science Based Target, she added, as it allows companies to seize opportunities from the low carbon transition. “Low carbon products and services will be in high demand.”

Because different sectors have specific challenges, the SBTi offers a different approach for companies in energy intensive sectors such as cement, steel and power generation.

And with the next COP to be held in Egypt, it will create additional momentum on climate change in the region and bring an increased level of ambition by the largest African economies. African companies should set Science Based Targets “to seize green growth opportunities. Companies that act now are helping to safeguard the future. You can’t negotiate with the carbon budget.”

Transparency on carbon data in Scope 1, 2 and 3 emissions will help organisations understand where they need to focus, said Renata Lawton-Misra, Manager, the Carbon Trust.

Data is crucial, agreed Ian Hudson, Head of Environment at Anglo American, but it is crucial not just for understanding your own carbon footprint but also where you sit in the value chain. In a country such as South Africa, where coal power is still prevalent, tackling your own emissions from power use only solves part of the problem, he said. “Investing in renewables alone will not solve the problem holistically. And we need the data so we know we are winning.”

Companies need to understand the ecosystem within which they operate. “If you can create an ecosystem that functions in a synergistic way, you can achieve scale at the speed required,” he added.

For Kenya’s Safaricom, the key issue is its electricity use across 6,000 sites, said Michael Koech, Environment and Climate Change Manager. Although Kenya is blessed with hydro-electric and geothermal resources, the reliability of the grid is still an issue.

The company has set a 2050 Net Zero target. “When we set it, we knew it was the right thing to do, but we didn’t know what it meant. It was about having a stretch target that everyone could focus on and put their energies towards achieving.

“Five to 10 years ago, we didn’t have solar or wind. But now we’re integrating them into our technology strategy.”

Nazmeera Moola, Chief Sustainability Manager at investment manager Ninety One, highlighted the importance of investments in the transition. “Our focus is on working with the companies we invest in to ensure they have a plan. But 30% of our investments are in South Africa, and another 30% are in other emerging markets, where very few companies have targets.”

Ninety One assesses transition plans on the basis of whether they are ambitious enough, relative to the company’s sector, the country it is located in and whether it is 1.5C aligned, Moola said. It also looks at whether the plan has been costed and if the company understands the capex and margin implications. “Finally, we look at whether we can measure progress on an annual basis. A stretch target without costing that makes sense and has visible implementation is no good. We need to see progress.”

At the same time, Hudson pointed out, “one of the key priorities is to unlock investment capital to solve some of the large-scale infrastructure challenges”.

Anne Cabot-Alletzhauser, Practice Director, Responsible Finance Initiative, at the Gordon Institute of Business Science, highlighted the need to bring long-term assets to bear on Africa’s issues and solve their funding needs. While former Bank of England governor Mark Carney trumpeted the $130 trillion of assets looking for Net Zero opportunities, Blackrock CEO Larry Fink pointed out that it was quite another thing to deploy those assets.

“The challenges for South African regulators are very different than in the EU. We run the risk of not connecting reporting requirements to investment realities,” she said. “We can’t just have a kneejerk reaction to the impetus coming from Europe.”

“The challenges for South African regulators are very different than in the EU. We run the risk of not connecting reporting requirements to investment realities”

Talking to pension fund trustees about issues such as climate change, unemployment, gender and diversity, “they are like rabbits in the headlights. We are flooding people with an alphabet soup of initiatives, which just add to the confusion.”

Another problem is that in South Africa, “when people see the words climate change, they think unemployment because mining is such an important part of the social fabric, providing housing, health and education. And we’re asking asset managers to do something they’ve never done before. Their sole focus used to be income protection post-retirement and now we’re asking them to think about societal needs.”

Many trustees don’t know what works, she added. High ESG scores are backward-looking and record progress already made. They don’t necessarily translate into effecting change. “What does create change,” she said, “is bonds, private equity impact projects, stewardship, active engagement and proxy voting are what work.”

The Johannesburg Stock Exchange is a world leader in integrated reporting, which can boost transparency and disclosure, said Shameela Soobramoney, Chief Sustainability Officer. “As an exchange, we want to support the creation of an enabling environment for better sustainability practices and disclosure.”

A huge amount of sustainability infrastructure is needed, added Robin Grenfell, Senior Manager, Green Investment Group at Macquarie, but a number of initiatives are helping to encourage investment, including Macquarie’s joint venture with the UK government and the Climate Policy Initiative’s Fast-Infra – the Finance to Accelerate the Sustainable Transition-Infrastructure Initiative, which aims to make sustainable infrastructure into a mainstream, liquid asset class.

SEB Merchant Banking, which has a heritage dating back more than 150 years, has just announced that everything it does in future will be linked to the energy transition, said Thomas Thygesen, Head of Strategy. “This is not just because we want to see a better world. This is the fifth technology cycle we have lived through. If we want to still be relevant in 10 years’ time, we have to change the way we work.”

SEB, with the World Bank, was the co-inventor of the green bond in 2007. “Things have changed over the past two years,” Thygesen said. “The first decade was about raising awareness. Now, it’s about raising capital. Everyone is on board. The business of transition has started.

“But it’s dirty, super-risky and expensive. A pragmatic approach means engaging with parts of the economy that are engaging with the future transition, but where the technologies do not yet exist. There’s a huge need for capital – $4bn a year more than is being spent today.”

Staying within 1.5C requires significant reductions in emissions by 2030, which means huge investments in very capital-intensive projects, said Amal-Lee Amin, Director of Climate Change, CDC Group. “It’s a huge financial challenge, but also a huge opportunity. The key is to ensure that the capital that is needed, and that is looking for Net Zero-compliant assets, gets to where it is most needed.”

Nigel Beck, Head of Sustainable Finance and ESG at RMB, pointed out that “there are not a lot of skills in this area in South Africa. “There’s a knowledge gap and a lack of awareness in Africa of what sustainable finance really means. People see climate finance as very much on the periphery with a limited pool of investment. They are unaware that it’s mainstream.”

Thygesen agreed that there’s a need to bridge the information gap. “If you start allocating capital into dirtier parts of the transition story, you need companies that have a credible plan to make that change.”

The key, Soobramoney said, is that “climate change is a non-diversifiable risk that affects everyone. You need to own your story. It will become about your social licence to operate.”