Japan to be carbon neutral by 2050

Japan has set a target to become carbon neutral by 2050 today in remarks made by Japanese Prime Minister Yoshihide Suga to the Diet, increasing Japan’s climate ambitions in line with other leading commitments made by the UK and EU in the run up to next year's UNFCCC conference, COP26. 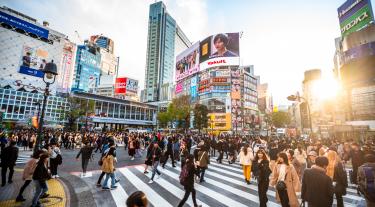 It comes in the wake of positive indications from environment minister Shinjirō Koizumi on an increased focus on decarbonisation for the country. In an interview in July he announced that Japan would cease funding for coal-fired power plants. Then, in September at a ministerial meeting Japan hosted on the green recovery, he indicated that there would be an increased push for the use of electric vehicles and an emphasis on hydrogen following an energy sector "redesign".

Progress to achieve emission reductions is already underway with Japan’s first fully competitive offshore wind actions to begin next month. The Japan Wind Power Association is calling for a build out target of 1GW per year to achieve 10GW of capacity by 2030. This was included in government-industry discussions on improving the competitiveness of offshore wind in Japan – though Japan is yet to set a national target for offshore wind. Offshore wind is viewed as a key technology for the island nation to decarbonise as technology costs in other markets have plummeted. It is also considered a convenient source of power for the creation of green hydrogen through electrolysis.

2020 marks the five-year deadline for updating and increasing national climate commitments (known as NDCs) from the Paris Agreement, which was signed at COP21. Japan is expected to revise its 2030 energy plan next year.

“The commitment announced today by Japan to be carbon neutral by 2050 is very encouraging. It demonstrates real ambition and provides an important level of increased momentum which will hopefully act as a trigger for other countries who are yet to announce their NDCs this year. We fully expect this commitment to lead to increased plans for renewables in the revised 2030 Energy plan due to be presented next year, and we are confident that offshore wind will play a significant role.”

Learn more about our work in Asia