The National Offshore Wind Research and Development Consortium, of which the Carbon Trust is a partner, has announced new research and development funding to further offshore wind projects in the US. 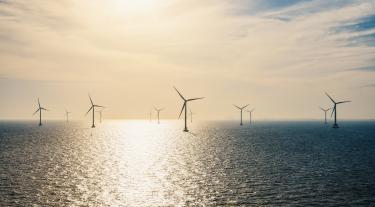 The Carbon Trust is pleased to see over $10m of R&D funding being awarded to accelerate the deployment of offshore wind technology in the US. The National Offshore Wind Research and Development Consortium (NOWRDC) has today announced the selection of twelve projects that will be progressed into the contract negotiation phase.

Jan Matthiesen vice chair of NOWRDC’s board and director at the Carbon Trust said,

“NOWRDC is really picking up the pace, and it is encouraging to see such a high calibre of projects being announced through the consortium, which was modelled on Carbon Trust’s flagship Offshore Wind Accelerator programme. We are proud to support the efforts of the National Offshore Wind R&D Consortium, and look forward to working with all grant awardees over the coming months.”