The Carbon Trust has announced the appointment of Soffia Alarcon-Diaz as the new director of Carbon Trust Mexico. 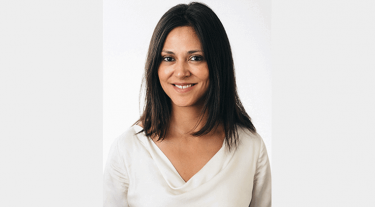 Soffia joins from Mexico’s Secretariat of the Environment and Natural Resources (SEMARNAT) where she was responsible for the design and implementation of the new National Emissions Register, as well as a number of other public policy and planning measures related to climate change, including Mexico’s national strategy for climate change.

Soffia will lead on a number of the major projects being run by the Carbon Trust in Mexico, including the expansion of its Low Carbon States programme following successful pilots working with the federal governments of Jalisco and Tabasco. She will also support the Carbon Trust’s ongoing work with governments and businesses across Latin America, in countries including Colombia, Peru, Chile, Panama and Costa Rica.

The Carbon Trust has been working in Mexico for five years, on projects including: the design of a         US$126 million energy efficiency advice and finance programme for small and medium-sized businesses with the Secretariat of Energy (SENER) and the national development bank, NAFIN; supporting the development of Mexico’s intended national contribution submitted for COP21 in Paris; and working with the country’s wind energy innovation centre (CEMIE-Eólica) to design and implement national technology innovation and market development strategies.

Before working for SEMARNAT, Soffia worked in Washington DC for the World Resources Institute where she led several studies on mechanisms for reducing corporate and government greenhouse gas emissions in countries including South Africa, Colombia, Brazil, India and Mexico.

"I’m very excited to be joining the Carbon Trust at a time when we are expanding as a team and growing as a business in Mexico and throughout Latin America. Mexico’s government has taken a strong leadership position on climate change, setting an example to show that economic development can also be low carbon and sustainable. We hope to play a key role in supporting Mexico’s private sector, state governments and the federal government to make the transition to a low carbon economy happen, sharing the lessons learned from the Carbon Trust’s experience delivering projects around the world."