Why the Kunming-Montreal Global Biodiversity Framework matters for Net Zero

The Kunming-Montreal Global Biodiversity Framework was finally agreed on Monday 19 December. But what does the landmark deal for nature mean for Net Zero? 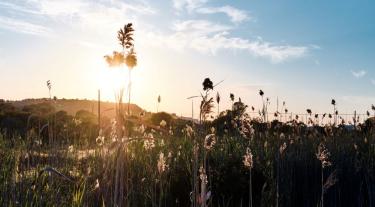 Biodiversity was said to have had its ‘Paris moment’1 when 196 nations agreed a critical framework to protect the world’s land, oceans and wildlife. The Kunming-Montreal Global Biodiversity Framework (GBF) contains visionary goals for 2050 and 23 interim targets for 2030 to preserve and restore nature, protect biodiversity and prevent extinction of species. The GBF’s centrepiece is its “30x30” target to effectively conserve at least 30% of the world’s lands, inland waters, coastal areas and oceans, and to restore 30% of already degraded terrestrial and marine environments.

Although greenhouse gas emissions don’t get a single mention in the final text, the GBF still has significant implications for the Net Zero agenda and the global goal of limiting warming to 1.5C.

Emissions from tropical deforestation and other forms of land-use change are responsible for almost 20% of all global greenhouse gas emissions.2 Forests, wetlands, soils and oceans are also natural ‘carbon sinks’ (they absorb more carbon than they release) that play a vital role in the natural carbon cycle. In combination with drastic cuts to emissions, these carbon sinks could play a role in holding global warming to the 1.5C level, beyond which a series of climate ‘tipping points’ are likely to cause irreversible damage to the climate system.3

The 30x30 target to conserve terrestrial and marine areas is therefore a welcome development that will help to reduce emissions from land use change and accelerate the path to Net Zero.

The GBF is undoubtedly a significant step forward for global commitments to preserving and restoring nature. Without this, achieving the global goal of limiting warming to 1.5C will be impossible. However, to realise the GBF’s ambitious 2050 vision, some challenges remain.

Firstly, the GBF contains limited direction on which terrestrial and marine areas to prioritise for conservation. Indonesia, Brazil and the Democratic Republic of Congo (DRC) account for more than half of global land-use change emissions in recent years.6 Reports indicate the DRC was a reluctant signatory to the GBF, due to financial concerns.7 It is vital that the DRC, and other nations with areas at risk from land-use change, are fully engaged with the 30x30 target and provided with sufficient financial support to deliver the greatest reduction in emissions from this sector.

Secondly, the US is the only major economy that is not a signatory to the GBF, as it is not a member of the UN Convention on Biological Diversity. Without the second largest emitter of greenhouse gases – home also to temperate rainforests, swamps and coral reefs – the GBF’s capacity to galvanise international action may be limited.

Finally, although the GBF includes a welcome commitment to mobilise at least US$200 billion per year in domestic and international biodiversity-related public and private funding by 2030 (including $30 billion per year for developing countries), the historic failure to uphold commitments to climate finance demonstrates just how challenging this could be to deliver.

But with careful implementation and governance arrangements in place, the Kunming-Montreal Global Biodiversity Framework could help play a crucial role in achieving Net Zero.