What do UK businesses need to know about the government’s new streamlined energy and carbon reporting (SECR) framework? 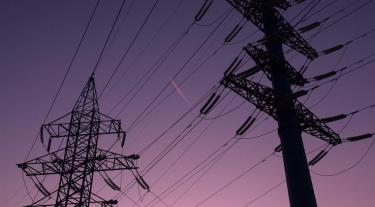 This information was updated in April 2019

The UK government’s Streamlined Energy and Carbon Reporting (SECR) policy was implemented on 1 April 2019, when the Companies (Directors’ Report) and Limited Liability Partnerships (Energy and Carbon Report) Regulations 2018 came into force.  Businesses in scope need to comply for financial years starting on or after 1 April 2019 and therefore need to understand their requirements under SECR.

The introduction of SECR coincides with the end of the Carbon Reduction Commitment (CRC) Energy Efficiency Scheme. The new regulations will require an estimated 11,900 companies incorporated in the UK to disclose their energy and carbon emissions - a far greater number than were required to act under the CRC.

Why has SECR been implemented?

SECR aims to bring the benefits of carbon and energy reporting to more businesses. The reporting framework is intended to encourage the implementation of energy efficiency measures, with both economic and environmental benefits, supporting companies in cutting costs and improving productivity at the same time as reducing carbon emissions.

Requiring companies to make disclosures on energy and carbon is also in line with the recommendations of the G20 Financial Stability Board’s Taskforce on Climate-related Financial Disclosures, by providing important information for investors and financial actors to help them navigate the transition to a sustainable, low carbon economy.

Who needs to comply with the SECR framework?

Three groups of businesses are affected by the new regulations. Companies that fall within the following definitions must comply unless they meet certain exemption criteria:

Unquoted companies or LLPs are defined as ‘large’ if they meet at least two of the following three criteria in a reporting year:

Public bodies do not fall under the new regulations, but they are subject to other legislation which requires carbon reporting.

It is worth noting that charities, not-for-profit companies or others undertaking public activities – such as companies owned by universities, academies or NHS Trusts – will need to check whether they meet the above qualifying criteria.

Private sector organisations which fall outside of the scope of the new regulations are encouraged to voluntarily report in a similar manner.

When can a company be exempt from reporting?

A statutory de minimis exemption exists for quoted or large unquoted companies and LLPs that can confirm their energy use is low - 40MWh or less over the reporting period.  These companies will still need to include a statement in their report confirming that they are a low energy user. If preparing a group report, the low energy user threshold applies to the energy consumption of the parent group and its subsidiaries.

Where a group-level report is required, it should include energy and carbon information for the parent group and any subsidiaries included in the consolidation. However, there is the option to exclude energy and carbon information from the group report which relates to a subsidiary that would not be obliged to report in its own right under SECR. This differs from the approach taken under ESOS or the CRC Energy Efficiency Scheme.

A UK subsidiary which is required to report under the SECR framework may not need to include the energy and carbon information in its own subsidiary accounts and reports, if these obligations are already met through a parent’s group level report.

What will companies need to report?

Quoted companies must continue to report their global scope 1 and 2 GHG emissions in tonnes of carbon dioxide equivalent (including all seven gases included under the Kyoto Protocol), and a chosen emissions intensity ratio in their Directors reports for the current and previous reporting periods.

In addition, they will be required to report their underlying global energy use for the current reporting year. Furthermore, the split between UK and offshore energy use in other countries is required, and after the first SECR reporting year, a comparison with the previous year. Scope 3 reporting remains voluntary, but is strongly recommended for material emissions sources.

Unquoted large companies and large LLPs will need to report, as a minimum, UK energy use from electricity, gas and transport fuel – as well as the associated GHG emissions – including at least one intensity metric.

Transport energy should include business usage where the company is supplied with the transport fuel, but not journeys where the fuel is paid for indirectly. For example, fuel consumed for business use in company cars, fleet and private/hire cars (including where employees are reimbursed for business mileage) and on-site vehicles are included. But this does not include fuel associated with air, rail or taxi journeys that the company does not operate, or fuel for the transportation of goods contracted to a third party.

Quoted and unquoted companies and LLPs all need to report energy use, GHG emissions and at least one emissions intensity metric for the current and previous financial years. The relevant report must include a narrative description of measures taken to improve the businesses’ energy efficiency in that year. Where possible, resulting energy saving from the actions reported should also be stated. If no measures have been taken this should also be included in the report.

The methodology used must be disclosed and although no methodology is prescribed, it must be robust, transparent and widely accepted.

Companies are encouraged to go beyond the minimum requirements and voluntarily include any other material source of energy use or GHG emissions outside these boundaries, as well as reporting on scope 3 emissions. The use of forward-looking science-based targets on emissions, and adopting the reporting recommendations of the Task Force on Climate-related Financial Disclosures (TCFD) is also encouraged.

Disclosures should cover the same annual period as the financial year, or an explanation should be provided as to why this is not the case.

There is also a ‘comply or explain’ clause, which allows carbon and energy information to be excluded where it is not practical to obtain it, or in exceptional circumstance that disclosure would be ‘seriously prejudicial’ to the interest of the organisation. A statement explaining what information has been omitted and why must be included.  Steps should then be taken to fill any material gaps in the future.

Whilst not a requirement, external verification or assurance is recommended as best practice to ensure the accuracy, completeness and consistency of data for both internal and external stakeholders.

Where, when and how will companies need to report?

Qualifying companies will need to include information in line with the SECR framework in their Directors’ Report, or an equivalent Energy and Carbon Report for LLPs, for financial years beginning on or after 1 April 2019.

Where energy use and carbon emissions are considered to be of strategic importance to the organisation, the disclosure may be made in the Strategic Report instead, with a statement in the director’s report to indicate and explain this decision.