Net zero: an ambition in need of a definition 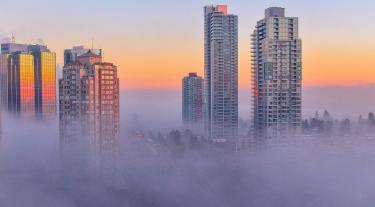 This year has seen a surge in the popularity of net zero emissions targets. Companies and governments have been lining up to declare their net zero aspirations.

For example, in June of this year, the UN Global Compact, the We Mean Business Coalition and the Science Based Targets initiative (SBTi) issued a call to action for private companies to align their GHG emission reduction targets with 1.5°C emissions scenarios or set a public goal to reach net zero emissions by no later than 2050. To date, 104 businesses have signed this Business Ambition for 1.5°C pledge.

Then in September, the UN Climate Action Summit in New York saw the launch of the Climate Ambition Alliance, bringing together 59 nations ramping up action by submitting their enhanced Nationally Determined Contributions (NDCs) by 2020, 11 States that have already started an internal process to increase ambition, as well as 65 countries and the EU, ten regions, 102 cities, 93 businesses and 12 investors – all working towards achieving net zero emissions by 2050.

The term net zero has also proliferated in the media, as well as in political, corporate and academic discussions.

One of the reasons for the popularity of net zero targets is that the term itself carries a promise of strong action, openly embracing the need to halt global emissions, and is seen by many as the hallmark of climate leadership. At a time of climate emergency, when the public is increasingly demanding more urgent action on climate change, target dates for achieving net zero emissions have become a new proxy for climate ambition.

But what do we mean by a net zero target in the corporate sector? Is one company’s definition of net zero the same as another’s?

Unlike other terms, such as carbon neutral, there is no commonly agreed definition of what constitutes net zero emissions. However, this may be about to change. In September, the SBTi published a discussion paper – ‘Towards a science-based approach to climate neutrality in the corporate sector’ - containing a working definition of net zero to inform corporate net zero targets. The SBTi intends to incorporate feedback from stakeholders in the next iteration of the definition, principles and draft guidelines that it expects to publish at COP25 in Madrid next month.

While it is positive to see efforts to define this widely used term, it is vital that the final definition, principles and guidelines are as robust as possible if net zero targets are going to deliver on their promise.

In our view, that will require a more prescriptive approach, clearly stating which methods of greenhouse gas removal (GGR) would be permitted in achieving net zero and when these would be legitimate to use. To further elaborate, we believe the following considerations are essential for net zero targets to be meaningful and credible:

- PAS 2060 requires a carbon reduction plan (though no specific level of ambition is prescribed), while net zero requires a reduction target aligned to a 1.5ᵒC science-based target.

Based on these points, we propose the following definition for a net zero company:

Net zero is certainly a viable and desirable goal for businesses, provided it demands a reduction target aligned to a 1.5ᵒC science-based target and is limited to specified GGRs.

We have an opportunity to ensure that this is the case and, in doing so, we will be ensuring that the current enthusiasm for net zero targets results in meaningful outcomes for the planet.