How is the Science Based Targets Initiative (SBTi) changing?

In April 2019 the Science Based Targets initiative (SBTi) published new criteria and guidance for recognising that a company has set a goal in line with meeting the ambitions of the Paris Agreement. The Carbon Trust’s lead on science-based targets, Guy Rickard, explains these changes and sets out what corporate sustainability professionals need to know. 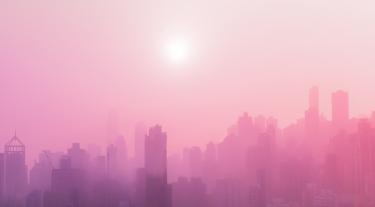 This article was updated on 15th May 2019 to reflect changes to the Science Based Targets initiative (SBTi) published in April 2019.

Why are these new changes being introduced?

The Paris Agreement set out an international ambition to hold the increase in global average temperature well below 2°C above pre-industrial levels, and to pursue efforts to limit this to 1.5°C. However, at the time the Paris Agreement was signed only limited information was available on what a pathway to 1.5°C would look like, and the relative differences in impact between 2°C and 1.5°C were not well understood.

In response to this, in October 2018 the Intergovernmental Panel on Climate Change (IPCC) published a Special Report on Global Warming of 1.5°C, gathering together the best available science on the subject. This report warns of severe consequences from a failure to prevent global warming exceeding 1.5°C, as well as presenting a number of new emissions scenarios that would keep temperatures within this boundary.

Following the release of this report, the SBTi has introduced this major new update that encourages companies to set carbon reduction targets consistent with the higher ambition aim of the Paris Agreement.

Alongside this, the SBTi has released a series of new technical resources for companies looking to set targets:

What does "well below 2°C actually mean?

The terminology well below is commonly understood to be equivalent to what the IPCC defines as resulting in a ‘likely chance’ of keeping temperature rise below a certain limit. Well below 2°C is therefore equivalent to a 66% probability of keeping temperature rise below 2°C. This also equates to a 50% probability of keeping warming to 1.75°C, which is aligned to the Beyond 2°C Scenario (B2DS) published in the latest International Energy Agency (IEA) Energy Technology Perspectives report.

When will the changes come into force?

The new validation criteria will come into force on 15 October 2019.

What do the changes mean for a company that has not yet submitted its science-based target to the SBTi for approval?

For a company looking to submit its target for approval after 15 October 2019, the target will only be accepted if it is aligned to a well below 2°C or a 1.5°C scenario. Targets consistent with just 2°C will no longer be approved.

If a company has already made a commitment to set a science-based target, and is looking to submit its target before 15 October 2019, a target aligned to 2°C will be acceptable. However, recommended best practice is to develop targets to align with a well below 2°C or 1.5°C pathway before submitting to the SBTi. This will demonstrate leadership on climate change. It will also avoid the requirement for a more ambitious target to be calculated at a future date.

Will this impact companies that already have an approved 2°C science-based target?

Under existing SBTi validation criteria, companies are already expected to review their targets every year, and to re-assess their validity – and update them if necessary – at least once every five years. Companies that currently have an approved 2°C target should therefore be required to update their target to be consistent with a 1.5°C or well below 2°C pathway within five years of the date they received approval of their original target.

How will more ambitious targets be communicated?

Until now, approved targets were simply recognised as being science-based by the SBTi. From 15 October 2019, the level of ambition of all existing and new targets will be published on the SBTi website, and classified under one of three categories: 1.5°C; well below 2°C; and 2°C.

What about targets for scope 3 emissions?

The SBTi requires companies to set ambitious scope 3 targets in addition to science-based targets for scope 1 and 2 if scope 3 makes up more than 40% of total scope 1, 2 and 3 emissions. As happened previously, there are a number of ways in which ambitious targets are defined, but if a company is setting absolute targets, these only need to align with a 2°C scenario. Targets aligned with a well below 2°C scenario are not required at this stage. However, it is likely that increased ambition will be required in the future, so we would encourage companies to consider alignment to a well below 2°C or 1.5°C at this stage.

Where can I get support to set a science-based target?

The Carbon Trust has experience working with over 50 companies to help them set science-based targets, across multiple industries. Support can be provided at any stage of the process, including initial scope 1 and 2 target setting, the development of scope 3 targets, and submission of targets to the SBTi for approval.

Get in touch for strategic advice