Setting science-based targets on climate change and adopting the recommendations of the Task Force on Climate-related Financial Disclosures could precipitate a sustainable transformation for China’s corporate sector. 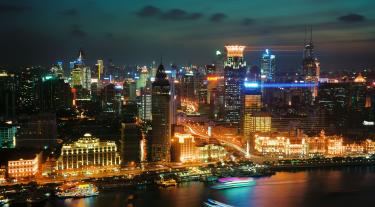 Strategy. It is taught at business schools. It is debated at length in the boardroom. It is central to the success of a company. Yet most businesses in China today are not taking the consequences of a changing climate into account when they set their strategy.

Fortunately, there is a growing set of practical approaches that many companies elsewhere in the world have been using to take meaningful action on climate change and future-proof their business. However, these are not yet widely adopted in China.

Without substantial corporate action China will struggle to fully deliver on the ambitious climate change goals within the 13thFive-Year Plan, which reflects the country’s Paris Agreement pledge to reduce total carbon emissions per unit of GDP by 60-65% by 2030 compared to 2005 levels.

Extreme weather is unpredictable. It can shut down production facilities, disrupt logistics, and reduce agricultural yields. In severe cases, it can even lead to civil unrest and migration. Technology innovation, regulatory change, and shifts in consumer and investor behaviour can be even harder to predict.

Understanding the effects of climate change, as well as the global response to it, is one of the great strategic challenges currently facing China’s executive teams and boards.

Globally, one leading approach has been to adopt science-based targets on climate change. This is where a business commits to doing its own fair share in delivering on the Paris Agreement’s 2°C goal, through fully committing to emissions reductions in line with the required trajectory for achieving this. In some cases, companies are going further and committing to the higher ambition of holding temperature rise to 1.5°C.

Currently around 500 corporates have signed up to do this through the Science Based Targets initiative (SBTi), a collaboration between the World Resources Institute, UN Global Compact, WWF and CDP. To date, however, only three of those committed companies come from mainland China, and none of the three has had its target approved by the SBTi.

Having a target approved by the SBTi requires a company to go beyond achieving reductions in its own operations, through setting ambitious targets to inspire wider change by reducing indirect emissions. This means companies also need to find ways to create upstream and downstream changes, through influencing suppliers or customers, or changing their products, services and business models.

Understanding risks and opportunities in a changing climate

The other major trend has been the adoption of the series of recommendations developed by the G20 Financial Stability Board’s Task Force on Climate-related Financial Disclosures (TCFD). These were developed in response to the fact that a collective failure to understand the true impact of climate change on business could be perilous to the global economy and financial stability.#

The TCFD recommendations provide a clear set of guidance so that companies can better understand the opportunities and risks they face from climate change, allowing them to set their strategy accordingly.

Because the financial sector is driving demands for better climate disclosure – particularly central banks, investors and insurers – the TCFD recommendations are helping to shift capital markets and make finance greener.

But while governments, companies and investors in North America, Europe and Japan are strongly backing corporate adoption of the TCFD recommendations, levels of awareness and support in China are lagging behind (with notable exceptions including ICBC and Jinko Solar).

The guidance advises companies to take a scenario planning approach, understanding what the consequences for a business could be under different global responses to climate change. This includes having an understanding of what would happen in the circumstances where the world delivers on the Paris Agreement and successfully keeps global warming well below 2°C.

Taken together, science-based targets and the TCFD guidance can help China’s executive teams and boards get their strategy right on climate change. This can put a company ahead of the curve, pre-empting regulatory risk, legislative changes and customer demands, and lead to a smoother path in the transition to a low-carbon economy.

A good climate strategy can prove to be a genuine competitive advantage. This is particularly the case with major corporate customers in Europe and North America who are taking high levels of action on climate change themselves, and increasingly making sustainability performance a feature of their procurement policies and expectations.

For some organizations the consequences of climate change could be relatively minor. Failure to take action might result in increased costs, or slipping behind more progressive competitors. Nonetheless, their business models will remain fundamentally sound.

Others – particularly those in carbon-intensive industries – might face serious disruption from new technologies, or crippling liabilities from stranded assets. These could prove to be existential threats, and some sectors will need to adapt or die.

This article was originally published as a blog on the Paulson Institute's website.

Get in touch for strategic advice