COP26 enables countries to collaborate on their emissions reductions

Lindsey Hibberd is a Senior Manager in the Programmes & Innovation team at the Carbon Trust. She was a UNFCCC negotiator for the UK on Article 6 at COP22 and COP23. 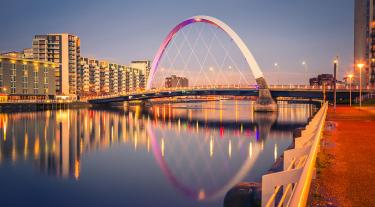 After six years of intensive negotiations, and many late nights, the rules for Article 6 of the Paris Agreement were finally agreed as part of the Glasgow Climate Pact on Saturday 13 November. Article 6, which relates to using voluntary cooperation to implement countries’ Nationally Determined Contributions (NDCs), is designed to allow for high ambition in those countries’ mitigation and adaptation actions. Critically, these rules will allow states to collaborate in achieving emissions reductions as outlined in their National Determined Contributions (NDCs) at a lower cost. Article 6 rules therefore have the potential of enhancing collective ambition, and accelerate the steps towards a decarbonised future.

With the agreement of these rules, countries now need to consider how they will participate in the global marketplace. National capacity building will be a critical success factor to ensure that buyers and sellers have the skills and infrastructure required to allow for the transfer of emissions reductions in a reliable way. Every country should have the opportunity to participate if they wish, and so sharing best practice and support will be key. To make sure that this voluntary cooperation fulfils its potential, the development of internationally aligned methodologies that allow for the effective accounting of real, permanent, and additional emissions reductions in a range of sectors, will also be of the utmost importance.

We recognise that climate change is a global problem, requiring a global solution. Given the differing marginal costs of emissions abatement internationally, the premise of voluntary cooperation through the trading of emissions reductions is that we should seek to transition to a global Net Zero economy at the lowest possible economic cost. Research by International Emissions Trading Association (IETA) and the Carbon Pricing Leadership Coalition (CPLC) in 2019 estimated that the cost reductions by employing cooperative approaches, as opposed to the independent implementation of the NDC pledges, would be $250 billion per year by 20301.

Transitioning at least cost also gives countries the space to be more ambitious in their NDC pledges, which is only a good thing. The same research by the IETA and CPLC found that Article 6 could facilitate abatement requirements under the Paris Agreement by 50 percent or ~5GtCO2/year in 2030. In addition, Article 6 can provide an important finance stream to developing nations, helping bolster the Paris Agreement commitment for developed countries to mobilise $100 billion of finance annually by 20232.

Rules are there for the making

With such large potential cost savings, using cooperative approaches can sound like a no-brainer. However, to achieve this enhanced mitigation, clear rules are crucial. There is a significant risk that the trading of emissions reductions could reduce overall mitigation, as countries may take less direct action domestically in favour of buying cheaper emissions reductions from other countries. Furthermore, if emission reductions are not properly accounted for, there is the risk of double counting such reductions and creating ‘hot air’ in the system. A 2017 European Commission report3 on the UN’s Clean Development Mechanism4 found that 85% of projects covered by the analysis, and 73% of the potential 2013-2020 Certified Emissions Reduction (CER) supply had a low likelihood that emissions reductions were additional and not over-estimated. This means that the finance provided through developed countries buying these credits did not lead to additional mitigation, as the projects would have gone ahead anyway, a situation that any future trading of emissions reductions under NDCs will need to avoid.

So, what happened at COP26?

Recognising the importance of the rules to govern cooperative approaches, and in light of the above, the agreement on Article 6 at COP26 was crucial and a significant step. Parties entered negotiations with some deeply entrenched, often opposing, positions and had failed to reach an agreement at the previous two COPs. The United Nations Framework Convention on Climate Change (UNFCCC) Synthesis Report of Nationally Determined Contributions5, published in September 2021, found that almost all NDCs stated that they plan to or will possibly use at least one type of voluntary cooperation. Without rules, there was the risk that countries would move ahead with their own interpretation, creating a piecemeal approach, lacking central oversight, which could have been detrimental to the integrity of the Paris Agreement.

The new rules agreed at COP26 allow the operationalisation of Article 6 by establishing two key market mechanisms. Article 6.2 focuses on the creation of Internationally Transferred Mitigation Outcomes6 (ITMOs) and is for bilateral trades between parties (including trades through Emissions Trading Systems). Article 6.4 establishes a global marketplace for carbon credits, similar to the Clean Development Mechanism. Central to the Article is that these mechanisms promote sustainable development and ensure environmental integrity and transparency. As with any negotiation, the rules in the Glasgow Climate Pact are a result of compromise, although some key risks have been significantly reduced. Time will tell whether these compromises still allow for a robust mechanism that achieves the Article 6 aims.

What the agreement of the Article 6 rules means relies very much on how countries plan to use the mechanisms to implement their NDCs. Some countries, such as the UK, do not plan to use international carbon credits in the achievement of their NDC’s. The Committee on Climate Change in the UK has consistently argued that international carbon credits should only be used as an additional lever to support climate mitigation action internationally, in addition to domestic delivery of the legislated carbon budgets. It is particularly important, at a time when domestic action on climate is absolutely critical, that countries should not allow these mechanisms to distract them from achieving as much domestic mitigation as possible. However, those countries not explicitly using Article 6 - such as the UK - will still need to be mindful of the emerging mechanisms. For example, if the UK wishes to link the UK ETS to other countries in future, these transactions will fall under Article 6.2.

For those countries that have stated their intention to use Article 6, they will now need to flesh out the detail of how they wish to participate in these mechanisms. Switzerland is an early mover on operationalising Article 6 and may prove a useful model to other countries. It is almost certain that participation in Article 6 mechanisms will require dedicated resources and committed governmental capacity building to ensure its effectively implementation.

There are opportunities for new and ambitious mitigation projects that contribute to sustainable development to be funded through Article 6. However, a balance must be achieved between maximum participation internationally, and rigorous baselining and accounting methodologies. Many developing countries could not participate in the CDM as project developers did not have the capacity to apply the required methodologies for their projects. Support will be required to ensure that projects are not excluded on this basis in the future.

For now, businesses will need to continue to exercise caution when purchasing carbon credits to offset their residual emissions, given the range of quality in the current market. Article 6 rules do not apply to the Voluntary Carbon Market, but there is provision for private entities to participate in the Article 6.4 marketplace, where a corresponding adjustment for emission reductions will apply. With the agreement of the Article 6 rules and the output of Mark Carney’s Taskforce on Scaling Voluntary Carbon Markets, the standards and governance of carbon credits in the voluntary market is set to improve, but this will take time to establish and filter through.