Can long term thinking transform an uncertain future into a sustainable one?

Can business really act for the benefit of the long term, even when this might not serve their immediate commercial interests? 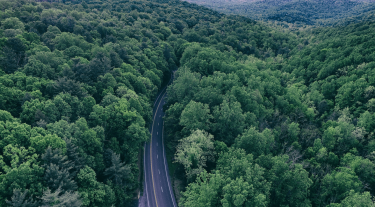 The world is becoming increasingly complex and volatile, with the pace of change accelerated by technology and connectivity. Well-established businesses can easily be outflanked by disruptive new competitors. Just ask the former shareholders of Kodak or Blockbuster Video. Google is not even two decades old. Facebook is barely a teenager. Once great high street names are falling into terminal decline.

Average employment tenure might soon be measured in months. Investment trades can already be completed in microseconds.  Automation, robotics and artificial intelligence are opening up new opportunities for some, while representing an existential threat for others.

At the same time, we need to cope with a more crowded world. Falling infant mortality and longer lives are leading to an unprecedented population peak, now predicted to exceed 11 billion by the end of the century. With 80 per cent of these people expected to live in Asia and Africa, this will increasingly shift the focus of the global economy away from North America and Europe.

With development efforts continuing to help bring people out of poverty, a growing proportion of the world’s population are expected to become middle class consumers, with diets and lifestyles to match.  And despite our best efforts, consumption even at today’s levels is leading to rapid resource depletion, water stress, climate change, soil degradation, air pollution and a host of other environmental issues.

Clearly this poses a dilemma for business leaders. They need to act for the immediate future - the next set of company results. They need to plan for the foreseeable future – having a strategy that puts their business on a sound footing. But they also need to work towards a sustainable future – which will require delivering economic and social benefits while operating within safe environmental boundaries.

Before we get too downhearted, we might take some comfort from the results of one of the most famous ever psychological studies, the Stanford marshmallow experiment.  Originally run in the 1960s, this study found that those children who had the self-discipline to delay instant gratification (such as one marshmallow now) in return for a greater reward in future (such as two marshmallows in 15 minutes’ time) went on to demonstrate greater success across a range of outcomes across the course of their lives.

The parallels are of course tenuous, but it is legitimate to ask how business may benefit, along with the environment and society, by taking the long view.

The concept of longtermism in business has been much discussed in recent months. There is often a gulf between what is being done today and the significant levels of innovation and transformation which may be needed for a sustainable future.

Questions are starting to be asked about corporate governance, company acquisition strategies, and the merits of speculative versus productive growth. Activist shareholders – particularly pension funds and asset managers – are putting increasing pressure on management. The opinions of commentators are often nuanced, striking a delicate balance between today’s commercial imperative and a judicious long term approach.

Public companies are particularly under the spotlight, torn between the stability sought by institutional investors and the constant need to prioritise market value. In response to this some corporates, such as Unilever, National Grid and Legal & General have entirely moved away from providing quarterly results. However, for publicly-traded corporations there will inevitably be a strong weighting applied to delivering consistent returns.

Other types of organisational ownership structure are – in principle, if not always in practice – better able to focus on longer term value creation and leaving a positive legacy. These include private family-run businesses, state-owned enterprises and cross-ownership structures, such as the keiretsu in Japan.

But with winners and losers in all categories, ultimately there is no substitute for high quality leadership and strategic decision making, whatever the organisational structure. The question is: how can business leaders make optimal long term decisions?

Properly assessing business risks and opportunities over the long term is no easy task.  Tensions often arise between the commercial, social and environmental realms. Fortunately there are now some promising frameworks and approaches which can help businesses manage these tensions.

Factoring the long term into decision making is critical when it comes to environmental sustainability.  This is particularly true of climate change issues, where the G20’s Financial Stability Board recognised the systemic risk this poses to the global economy and convened a Task Force for Climate-related Financial Disclosures, chaired by Michael Bloomberg.  The Task Force recently issued a series of recommendations on how businesses should report on their opportunities and risks in a changing climate and a more sustainable future.

This change in reporting helps investors and market regulators to assess the real financial impact that climate change and the transition to a low carbon economy will have on companies. At the same time they can also better understand the potentially lucrative opportunities businesses will have in reducing material and energy costs, or tapping into new markets that appeal to changing consumer tastes. So this new perspective creates greater scope for important stakeholders to reward enlightened long term strategies.

There are also practical tools being used such as science based targets, providing a method for organisations to calculate their necessary contribution to carbon emissions reductions in order to keep global warming well below 2° Celsius.  This objective benchmark is driving increased action. Already there are 300 leading businesses that have committed to using this type of target, including Carlsberg, BT Group and AXA, setting ambitious individual targets out to 2030 and beyond.

These targets in most cases extend along the value chain of a business, in its dealings with its upstream suppliers and in many cases its downstream partners and customers: in most industry sectors an organisation’s external value chain accounts for between 60% and 95% of the total environmental impacts associated with all of that company’s activities.  Hence understanding and tackling key value chain impacts is becoming an increasing preoccupation for business, in sectors ranging from agriculture to professional services, and is helping companies respond to partners, suppliers, B2B customers and consumers, to drive sustainable practice.

Climate change is not the only example of where businesses are starting to shift towards long term thinking.   Perspectives are changing right across all 17 UN’s Sustainable Development Goals. These are being used as a lens by organisations to examine development issues within their broader context and consider both how the issues might affect their business, and how their business might contribute to solving the issues.

So although most companies will probably only be closely engaged three or four of the Global Goals – such as the Goal 8 on decent work and economic growth, Goal 12 on responsible consumption and production, or Goal 13 on Climate Action – working through the full list of underlying targets and indicators is a useful way to appreciate how an organisation’s activities fit within a whole system approach to addressing the world’s challenges.

In an era of rapid technology change and environmental and social uncertainty, it is a matter of commercial responsibility for all businesses to make adequate plans for a sustainable future.  Increasingly the tools exist for businesses to start doing just that, making commercial sense of the risks and opportunities that they will face, and adapting their strategies and activities accordingly.  It is very possible that the businesses which are able to truly look to the long term are more likely to thrive and succeed in the latter part of this century, while those that are unprepared for a sustainable future could stand to lose more than a few marshmallows.