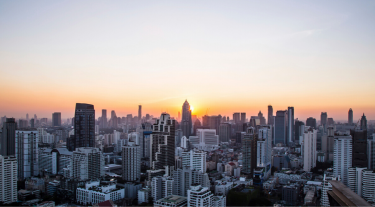 South Africa’s electricity supply issues are well documented. Sometimes there simply isn’t enough electricity to go around, leading to regular scheduled power cuts (known as “load-shedding”). An ageing and unreliable electricity supply infrastructure, which requires increasing amounts of maintenance and money to keep it running, is struggling to keep up with demand. The pinch points for electricity demand tend to come in winter, when peak loads in the morning and evening are generally higher than in summer. Shorter days lead to an increased use of lighting, coupled with the use of high-intensity electric heating to combat the chill.

Last winter the picture was not a pretty one. The country experienced regular load-shedding for around three months.  For me personally at home this meant no power on Tuesdays and Wednesdays from 20:00 to 22:00, and at work there was no power on Friday mornings from 08:00 to 10:00.

But any personal inconveniences pale into insignificance when you consider the wider economic impact on South Africa. This is particularly acutely felt by the small and medium-sized businesses that make up most of South Africa’s economy, as they are less able to absorb losses or overcome competitiveness challenges caused by a lack of electricity.

For some service industries it is quite possible, if less than ideal, to work on laptops using 3G internet connections until batteries emptied, then go work from home where hopefully there would be electricity.  However, certain sectors of the economy face far more serious consequences. For example, many manufacturing businesses need to plan in a phased shut down of operations, followed by a phased start-up. If they get their timings wrong then electrical circuits could be blown, or extrusion machines could stop mid-process and get clogged up with hardened plastics.  In those circumstances losses can be far greater than simply a couple of hours of lost production.

It was therefore some relief felt across the country last month when the state run energy company, Eskom publically announced that they would not be anticipating any load-shedding (well not until March 2017) this winter. According to Eskom, a combination of good management and maintenance means that South African customers are experiencing a record high in terms of energy availability (81%), a level not seen since 2013.

Management may have been better and maintenance improved, but many analysts have noted that a slowdown in the economy, leading to lower demand for power, has played a big part in helping to alleviate the pressure on the aging and fragile energy system. However, despite the promising news of the reprieve on load-shedding we must continue to focus on the longer term situation. A reliable, uninterruptable power supply is a fundamental driver of economic prosperity. Transforming our energy system into a consistent force for economic and environmental good will be paramount to securing South Africa’s future. Empowering business to also taking responsibility for the energy they consume, by managing the increasing thirst for energy will also play an important role.

Thankfully, much has been done in recent years to try to address the supply shortages and ensure this new capacity is being created. But is it enough to mitigate against the detrimental impacts experienced by the years of load-shedding in the longer term?

It is clear that efforts to bridge the energy demand gap prioritise energy security and access, rather than concern for climate change. As a result both high carbon and clean solutions are being implemented. In addition to investment into two new enormous coal fired power stations, the South African Government has also publicly committed to diversifying its energy mix, which includes the introduction of renewable energy at a large scale. In fact South Africa has implemented one of the world’s most successful renewable energy programmes in the form of the renewable energy independent power producer procurement (REIPPP) programme, the government’s process for buying clean energy from independent power producers through an open bidding mechanism, although Eskom’s recent decision not sign any further purchase agreements from IPPs may slow progress.

Over the longer term these measures will not only address electricity supply issues, but also provide a much needed boost to the South African economy. But the issues with interventions to increase electricity supply is that it can have the paradoxical outcome of feeding an ever increasing demand. It can also take a very long time to get things built. International developments in carbon capture and storage technology will also be an important consideration for the success of the investments into new coal power assets over the lifetime of the plants.

Conversely, energy efficiency can be both quick and cheap. Get it right and the rewards are almost immediate. It can also provide enormous cost savings if future demand can be reduced to a point where it removes the need to build new electricity generation capacity in the first place.

PSEE was jointly implemented by the National Business Initiative (NBI) and the Carbon Trust. The programme worked to raise awareness of the benefits of energy efficiency for South African industry and encouraged the uptake of best practice energy management. In the two years it ran, PSEE successfully engaged over 5,000 companies and completed on-site audits at over 1,100 sites.

The results were particularly impressive. Over 6,300 energy efficiency and renewable energy opportunities were identified, meaning that each site visited had on average at least six cost-effective ways of saving energy.  Combined, these savings would be broadly equivalent to 40% of Cape Town’s peak electricity demand. If implemented they could also result in South Africa saving 19 million tonnes of carbon emissions, which is greater than the annual direct emissions from the neighbouring country of Namibia.

Even more impressive, across all of these energy saving opportunities there was an average payback of under two and a half years. In other words, the fruit is so low hanging, it’s practically touching the ground.

There are wider sustainability benefits too.  One company audited through the PSEE was consuming in excess of 100,000 litres of water per day to clean its facilities. By recovering heat from other areas of operations and heating water for cleaning more quickly, the company was able to use less water to provide the same level of cleaning, meaning it was possible to cut water consumption in half.

Of course, the unfortunate reality is that even with accessible, affordable and attractive opportunities, implementation rates for energy efficiency can remain stubbornly low. At the moment we estimate that just over 10% of identified opportunities were taken up to date by companies, translating to savings of approximately 2,2 million tonnes of carbon emissions.

Whilst that may not sound that much, it is actually a remarkably good start considering the programme only provided awareness raising and opportunity identification support.

The next step on the journey would be to assist the market to implement these opportunities by providing support to develop a business case for action, identifying good quality suppliers and the procurement of equipment, and crucially, making energy efficiency finance available atpreferential rates.

The impact of these energy efficiency interventions cannot be underestimated. As well as solving the issues related to load-shedding, the wider economic impact is considerable. In addition to avoiding disruption to production, there are also considerable cost savings from energy efficiency which can allow companies to further expand their operations and potentially increase employment. Mass adoption would also catalyse the local green economy, supporting a new industry of experts and auditors, as well as producers and installers of energy efficient technology.

Sadly, despite its enormous success, in 2015 the funding for the PSEE programme came to an end.  But at the same time, because of the clear promise in the programme, the Carbon Trust is continuing to work with partners and stakeholders – including the NBI and the DoE – to look at ways of building on this and delivering the scale of energy saving support so desperately needed by South African businesses. I’m pleased to say that the signs are positive.