29,751 reasons Japan will be a global leader in offshore wind

This insight piece looks at the environmental and regulatory context for offshore wind development in Japan, explaining the latest developments and why the industry looks set to boom in coming years. 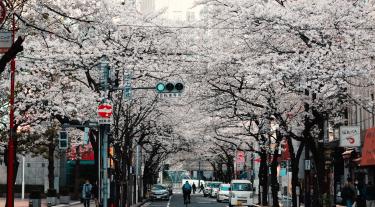 Spanning 29,751 kilometres, Japan has the seventh longest coastline in the world, presenting an enormous opportunity for the country to benefit from offshore wind as a source of low carbon, renewable energy. The technology’s proven success in the UK and Northern European markets has led to the Japanese government developing an appetite to promote this industry domestically. In recent weeks the government has released important new details on the criteria and timeline for zone selection.

Despite being two island nations, the UK and Japan are at very different ends of the scale in terms of installed capacity, with Japan currently at a very modest 62MW[1] compared to the UK’s world-leading 7,899MW[2]. On 25 December 2018, the Ministry for Economy, Trade and Industry (METI) held their first working group meeting on the promotion of offshore wind[3], and in the published materials, stressed the potential for offshore wind to help reach Japan’s renewable energy targets whilst also supporting the economic regeneration of coastal regions through the creation of localised industrial supply chains.

The Carbon Trust has been actively involved in helping to establish offshore wind in Japan since carrying out a market appraisal of the industry in 2014, which led to ongoing work for a number of clients for the past few years. More recently, working closely with government agencies to advise on the policy framework to accelerate the development of the offshore wind industry. Now, with the market poised for commercialisation, the time is right for industry and government to make the offshore wind sector a reality in Japan.

The 2011 Fukushima nuclear disaster led to the temporary shutdown of the country’s entire nuclear fleet – 54 power plants. Since then there has been a push to move to renewable energy as a domestic low carbon energy source. Prior to 2011, nuclear power was considered a pseudo-domestic source of low carbon energy, due to the small amount of fuel import required. It also supported two key pillars of the Japanese energy policy, energy security and the environment. But Fukushima was a turning point for the nation’s attitude towards nuclear power, as the associated risks and costs became apparent. Even though a limited number of reactors are being restarted, it is unlikely that nuclear power will ever return to such a dominant position in the Japanese energy mix.

In the near term, the energy supply shortfall has been met with expensive liquefied natural gas (LNG) and other fossil fuel imports, which has caused Japan’s energy independence to drop to as low as 6 per cent in 2014[4]. However, the Japanese government also recognised the potential for renewable energy sources to help bridge this gap and in 2014 introduced a renewable generation energy target of 22-24 per cent by 2030, as part of its 4th Strategic Energy Plan. The plan gave particular mention to the need for Japan to develop offshore wind, due to the limited regions suitable for onshore wind development.

Can they build it? Yes, they can

Various geographic challenges, in addition to conservative government targets have been cited as reasons for the lack of offshore wind projects at present. However, increasing efforts by the government to set an effective regulatory framework, combined with the rapid progress of innovation in the offshore wind industry opens up the opportunity for Japan to make the most of its large coastline, despite some environmental conditions that could be viewed as challenging.

The water depth around the coast of Japan increases quickly, with typical depths of up to 200m found relatively close to shore (20km-50km). Nevertheless, Japan has a large resource potential of around 61GW[5] in relatively shallow waters below 50m. This not only presents significant opportunity for fixed offshore wind, but the deeper waters also present the opportunity for Japan to be a leading market for floating wind.

In fact, Japan was the first country to install a floating turbine at the Fukushima Forward demonstrator project and has several other pilot projects in operation. Recent METI announcements encouragingly indicated the possibility of a specific Feed in Tariff (FiT) rate for floating offshore wind.

The most abundant resource is in the northern regions, which are sparsely populated areas.

Wind farms constructed in areas with higher wind resource will inevitably produce more energy, however getting the energy generated in the north to population centres in the south will introduce integration and distribution challenges. Investment into grid infrastructure to extend connections is an important focus for the Japanese government and its policy agenda.

The abundance of coastline and mature industrial supply chain are key factors that could contribute to Japan becoming a world leading market for offshore wind. In fact, the Japan Wind Power Association (JWPA) projects that Japan could have 10GW of offshore wind capacity by 2030, which seems challenging but not unachievable in view of the fact that more than 5GW of projects have already been submitted for environmental impact assessment (EIA)[6].

Is the Japanese regulatory environment set for offshore wind?

Over the last few years, Japan has been introducing legislation to strengthen the regulatory environment for offshore wind, giving greater certainty to developers.

In May 2016, the Port and Harbour law was revised by the Ministry of Land, Infrastructure, Transport and Tourism (MLIT) to encourage offshore wind development in port-associated areas. This crucially allowed developers to apply to occupy designated water zones in port-only areas for a period of up to 20 years. This piece of legislation also established the necessary rules for bidding for site allocations in port-associated areas.

Previously individual prefectures had different occupancy rules for offshore sites, generally spanning between three and five years, much shorter than the average life of an offshore wind farm. However, nationally set FiTs for offshore wind operated on a 20 year fixed basis, resulting in a lack of alignment between regional and national regulation.

There was also uncertainty around whether lease agreements could be renewed, and how to bid for port-associated area occupancy. Both issues were addressed in the 2016 legislation. This shift in regulation enabled projects including the Kitakyushu Port Hibikinada Project and the project at Kashima Port to be approved for development.

Despite this progress, the level of government ambition remained unchanged. The 5th Strategic Energy Plan, passed in July 2018, detailed the same renewable energy target as the 2014 plan, with no specific target for offshore wind. This was cited by some as a reason for the relatively slow progress of offshore wind in the Japanese market, despite the generous FiT for offshore wind of 36JPY/kWh (~0.3 €/kWh).

The government needs to see that offshore wind can be constructed at low cost to encourage higher levels of ambition, however as European experience has shown the level of cost reduction achieved would not have been possible without a combination of competition, technology innovations and scale. Therefore, the challenge for the offshore wind industry in Japan will be to increase confidence in its capabilities to achieve lower cost developments.

Despite no increase in the target, some progress has been made. The Japanese government has been gradually introducing regulations for offshore wind and other renewable sources of energy, culminating in the Bill on the ‘Promotion of use of territorial waters for offshore renewable energy generation facilities’ passed in November 2018.

This new legislation tackled a number of areas to help foster growth in the offshore wind sector, by presenting the overall legal framework for promoting offshore wind, including important measures such as:

The bill also highlights the need for a framework to ensure future offshore wind farm construction is coordinated with current marine industries, such as fishing. It also outlined the basic principles for deciding suitable developers in the auction process. This will not only be limited to those offering the lowest price, but will also take into account the suitability of the developer based on their business plan, company structure and ability to deal with the key local stakeholders.

Moving forward, there are a number of details to be resolved in the coming months before the law is due to be enacted in spring 2019. The designation of specific promoted zones for offshore wind are yet to be announced, but the criteria for these were outlined, namely:

For the competitive auction process, the following key factors are still to be decided:

The materials released by METI and MLIT on the working group meeting on 25 December 2018 outline further issues that need clarification. These are:

Members likely to attend the committees will include METI, MLIT, and the Ministry of Agriculture, Forestry and Fisheries as well as relevant prefectural governments, fishing industry groups and academic experts.

Meanwhile industry is moving quickly. On a regional level, Tohoku Electric Power announced the results of its grid auction[7] on 13 December 2018, which included 15 offshore wind projects with a total capacity of 2,120MW out of a total 3,530MW allocated. This is an encouraging sign in one of the regions tipped to be a major contributor to offshore wind capacity in Japan.

The second working group on the promotion of offshore wind was held between METI and MLIT at the end of January 2019 to discuss the criteria and process for the zone selection. A suggested  approach was outlined as follows:

The timeline for the approach outlined above is rapid and estimated to take a total of 10 months. On 8 February METI started this process, announcing a request for information from prefectures, with an interim deadline of 8 March, and a final deadline of 15 April 2019.

From what initially was a cautious beginning, the Japanese government is gearing up to establish the foundation of a potentially transformative offshore wind industry.

As an independent, trusted expert in low carbon energy, with a track record in bringing government and industry together, the Carbon Trust is ideally placed to be at the forefront of Europe-Japan collaboration for offshore wind in the coming years.

The Carbon Trust has been active in the Japanese market providing support on policy development and technology advice since 2014. As the industry steadily gains momentum, we are confident that 2019 will see significant acceleration in the pace of development, largely bolstered by increased clarity in government policy. The Carbon Trust has been at the centre of rapid cost reduction in the European market and one of the first organisations to outline the opportunities and potential for floating wind as a method of opening up deeper waters for offshore wind development. We are excited to continue working with the public and private sector to bring the benefits of offshore wind to Japan.